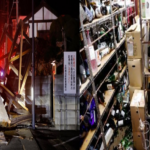 A massive magnitude 7.3 earthquake struck Japan’s northeast coast late Wednesday, killing two people and injuring 94 others and bringing back memories of a devastating earthquake and tsunami that struck the same area a little over a decade ago. According to the authorities, there have been some reports of fire. Two verified deaths and 94 … Read more 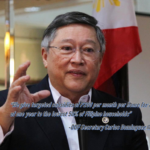 The Department of Finance (DOF) recommended on Tuesday that impoverished households get a P200 monthly subsidy for a whole year to help offset the impact of rising gasoline prices. On Wednesday morning’s Talk to the People, DOF Secretary Carlos Dominguez III delivered the idea to President Rodrigo Duterte, recommending that the excise tax on oil … Read more 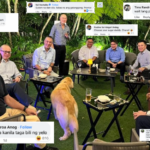 These images of some of the country’s wealthiest men in one photo have gone viral online, providing netizens with a bang for their buck in witticisms, while others added their two cents in the comments area. Kevin Tan, son of Alliance Global’s Andrew Tan, revealed the one-in-a-billion chance moment on Instagram, courtesy of automotive industry … Read more At a meeting with Chinese diplomat Yang Jiechi, US national security adviser Jake Sullivan on Monday raised concerns about China’s alignment with Russia, as Washington warned of the economic penalties and global isolation that Beijing would face if it helps Moscow in its invasion of Ukraine. Their longer conversation took place in Rome as the … Read more

Global oil prices have continued to rise, according to Energy Undersecretary Gerardo Erguiza Jr., and domestic pump prices are expected to rise much more if the upward trend continues. This is not just a problem of the executive department. This is a problem, of course, that will be a problem for all sectors of the … Read more 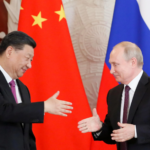 Ukrainian President Volodymyr Zelensky has urged NATO to implement a no-fly zone over his nation or face Russian attacks on NATO member states. He speaks a day after Russian soldiers began air attacks on a military training camp outside Ukraine’s western city of Lviv, near the border with NATO member Poland, killing 35 people and … Read more 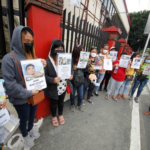 The number of “missing sabungeros” continues to rise, with the Philippine National Police (PNP) announcing the addition of two more, bringing the total number of missing cockfight fans to 31. Six people have been named as suspects in the disappearance of cockfighting fans in Sta. The Criminal Investigation and Detection Group (CIDG) confirmed on Friday … Read more 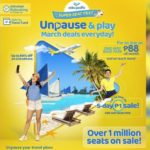 As everyone celebrates its anniversary, the Philippines’ premier airline is rewarding every Passenger, for the first time ever, by offering over one million seats on sale for a month-long period during the #CEBSuperSeatFest when it has its start off from its 26th year, CEB offers every Juan to unpause tour packages and book flights with … Read more 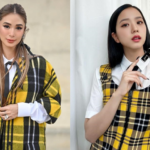 During Dior’s Autumn-Winter 2022-2023 ready-to-wear show in Paris, the Kapuso Queen of Creative Collaborations was seen twinning in yellow checkered dresses with Blackpink’s Jisoo. The two fashion superstars shared images of themselves in their Dior show attire on their individual Instagram posts. Jisoo wore a plaid dress over a button down and a black necktie, … Read more 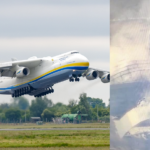 During the 1980s, the Antonov Design Bureau in the Ukrainian SSR of the Soviet Union created the Antonov An-225 Mriya, a strategic airlift cargo aircraft. Originally, this one-of-a-kind aircraft was designed to transport Buran-class orbiters as an expansion of the Antonov An-124. Ukraine’s Antonov-225 freight jet, the world’s largest plane, was destroyed by Russian attacks … Read more