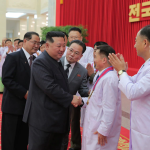 North Korean leader Kim Jong Un hailed a “shining triumph” against COVID-19 as his sister disclosed he had become unwell during the outbreak, which she blamed on Seoul, according to state media on Thursday. According to the official Korean Central News Agency, Kim declared a “success” in the struggle against the malignant pandemic sickness while … Read more 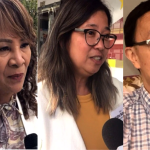 Three Filipino Canadians are running for council seats in British Columbia’s communities of Vancouver, Burnaby, and Surrey. Lina Vargas, a Vancouver city council candidate, initially came to Canada as a caregiver before working as a healthcare aide and a hairstylist. Vargas was moved by how Filipino Canadians in healthcare stood forward to assist Canada during … Read more 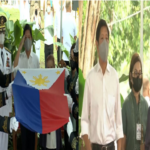 On Tuesday, at the Libingan ng mga Bayani, President Ferdinand “Bongbong” Marcos Jr. attended the state funeral of the late former President Fidel V. Ramos. Ramos was related to Ferdinand Marcos Sr., the late former president, through his second cousin. As he honored Ramos’ achievements for the nation throughout his term, the President referred to … Read more 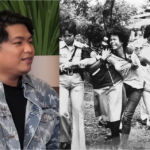 The director of “Maid in Malacañang,” a film portraying the last 72 hours of the Marcos family at the Palace in 1986, has addressed victims of Martial Law following criticism of the film’s representation of actual facts. Darryl Yap highlighted victims of human rights violations under the Marcos regime in an episode with Boy Abunda … Read more 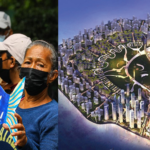 Fishermen from Pambansang Lakas ng Kilusang Mamamalakaya ng Pilipinas protested Friday at the offices of the Department of Environment and Natural Resources in Quezon City. The gang took on newly appointed DENR Secretary Ma. Antonia Yulo-Loysaga will speak out against the damaging reclamation projects in Manila Bay, stressing the environmental impact on the bay and … Read more 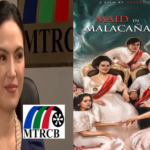 The controversial film directed by writer-director Darryl Yap has received the following comment from MTRCB chair Lala Sotto. On August 3, the aforementioned film—which presents the Marcoses’ side before they were compelled to leave the Palace—was released in Cinemas all around the country. Even after this, there were still unfavorable comments posted online, especially considering … Read more 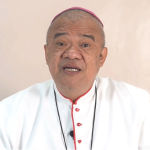 The controversial film “Maid in Malacañang” gained another harsh critic on Wednesday, amid backlash over controversial scenes that allegedly sought to distort history. This time, a Catholic bishop explicitly called for a boycott of the film, which depicts the Marcos family’s final 72 hours in Malacaang before the 1986 People’s Revolution toppled the dictatorship. San … Read more 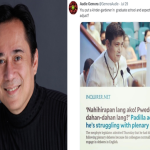 Sen. Robin Padilla responded to the singer Audie Gemora’s criticism of his statement that he found it difficult to follow plenary discussions since his colleagues frequently used the English language in their remarks. According to recent rumors, the new member acknowledged that it was challenging for him to understand plenary discussions since other senators would … Read more 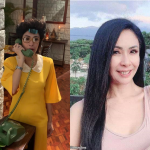 After knowing the cast of “Maid in Malacañang,” netizens lambasted Giselle Sanchez for playing Cory Aquino. Netizens commented that she has no shame in having graduated from UP. Here are some netizens responses: 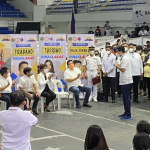 Mayor Vico Sotto of Pasig City greets President Marcos Jr. at the city’s vaccination center. He expressed hope that the president’s visit would encourage more residents to get vaccinated. After netizens heard that news, they were furious on Twitter. Here are some netizens’ responses. Here are some of Vico’s Admirers posted: