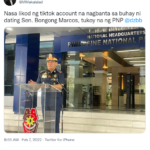 Ferdinand “Bong-Bong” Marcos Jr., also known as Bongbong Marcos and BBM, is the son of the late Philippines strong leader Ferdinand Sr. He has appeared as the overwhelming favorite in the May nine at presidential election. The presidential candidate recently received assassination threats on social media. The Department of Justice has directed law enforcement to [...]

As BBM Declines the Presidential Forum, the Hashtag #BaBackoutMuli Trended on Twitter. 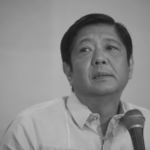 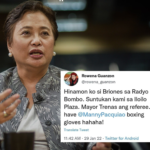 Rowena Guanzon Challenges BBM Camp Lawyer George Briones for “Suntukan” (Boxing) Following the postponing of their argument, the Comelec Commissioner and Federal Party of the Philippines (PFP) lawyer had a fresh match to look forward to. Guanzon challenges Briones to a ‘boxing match’ through Twitter on Radyo Bombo. According to the commissioner, they can fight [...]

“We are Meeting Everyday to Prepare to have BBM Assassinated. Get ready.” An Assasination Threat Against BBM 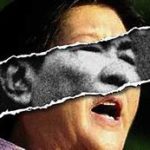 Marcos, popularly known as Bongbong Marcos and BBM, is the late Philippines strongman Ferdinand Sr.’s son. as He has emerged as the overwhelming favorite in the presidential election on May 9. Vic Rodriguez, Marcos’ chief of staff, praised the justice ministry for its “swift and uncompromising action to find those behind this open threat to [...] 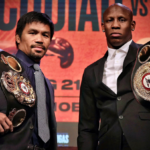 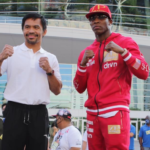 The encounter between the two boxers took place at the grand arrivals held in Toshiba Plaza in front of T-Mobile Arena on Tuesday (Las Vegas time).”This fight is not an easy fight. [Yordenis] Ugas is a champion, he took my belt and we have to settle it inside the ring,” said Manny Pacquiao. “I am [...]

Manny Pacquiao went viral on social networking sites such as Twitter and Facebook. He posted a photo with a caption, “Pacquiao vs Spence.” Recently, Spence commented the post of Pacquiao and stated “Let’s go legend.” Errol Spence Jr.’s boxing record is a unified welterweight champion unbeaten in 27 matches with 21 KOs. https://www.instagram.com/p/CPJhcmzFjW5/ The boxing [...] 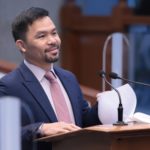 Veteran Senator Panfilo Lacson revealed the plan of Boxing Legend turned politician Manny Pacquiao to run for presidency on national election in 2022. According to the similar report published by the Inquirer, Lacson said that Pacquiao approaches him several times and open up about his plan for the 2022 polls. “Sa Senate, kasi halos seatmates [...]

Look: Photos of Jinkee Pacquiao in 1995 During Her College Beauty Queen Days 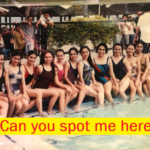 Iconic personality in the country Jinkee Pacquiao shares one of her memorable throwback photos and shares them on social media; the photo on her college days, Jinkee is here appeared joining a beauty pageant. Of course everyone knows who is Jinkee Paquiao? She is the wife of the boxing legend who turned politician currently holding [...] 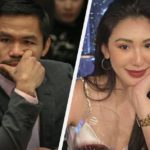 Senator Manny Pacquiao remains on his stand to give reward for those who can lead the capture of the other suspects or respondents in the death of the 23-year-old flight attendant who died during the celebration of the New Year’s Eve. Despite of the appeal to recall the bounty of P500,000 knowing that it was [...]