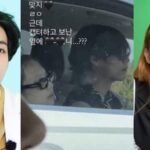 BTS V and Jennie have been the topic of dating allegations after a purported photo of them in a vehicle on Jeju Island was shared on internet sites. Blackpink’s Jennie’s agency has replied to accusations that she is dating BTS member V. In the shot, two people who resembled them were in a vehicle. It [...]

The Army is Once Again Dismayed by BTS’ Grammy Defeat 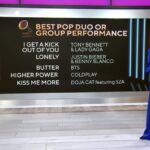 The ARMY of the K-pop boy band BTS was once again saddened by the band’s absence at the 2022 Grammy Awards, which were held in Las Vegas, Nevada on Monday (Manila Time). “Butter” didn’t win Best Pop Duo/Group Performance, which went to Doja Cat and SZA’s “Kiss Me More.” SZA and Doja Cat are both [...]

BTS’ V Has Made a Total Recovery from COVID-19 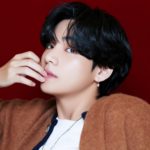 Bighit Music revealed on WeVerse Tuesday that V has recovered from COVID-19 and has been released from self-quarantine. “We’d like to let you know that BTS member V has recovered completely from COVID-19, and his quarantine has ended as of today, February 22,” the statement said. V had a mild fever when he started treatment [...]

Jimin of BTS is Recovering from Appendicitis, According to COVID-19. 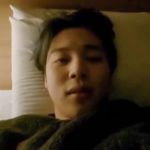 MANILA, Philippines — Jimin, a member of the Korean boy band BTS, had surgery for . According to BIGHIT MUSIC on Monday, he also tested positive for COVID-19. On Sunday afternoon, Jimin experienced unexpected abdominal pain and a mild sore throat, according to a message released on WeVerse. “He went to the emergency room at [...] 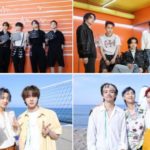 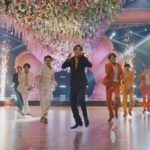 The 63rd Annual Grammy Awards became one of the top trending topics in Twitter. Disappointed and confused, netizens question why BTS lost the pop duo/group performance award. https://twitter.com/riakookshi/status/1371301292140761089 BTS was the first K-pop group who was nominated in Grammy because of their song “Dynamite” written in English. Members of BTS include J-Hope, Jimin, Jin, Jungkook, [...] 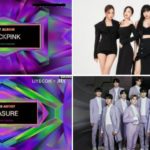 Congratulations! The 35th Golden Disc Awards announced the full lists of winners at a 2-day ceremony on January 10, 2020. On the first day, announcement of awards was for Digital Song Division while on second day is for the Album Division. Due to the COVID-10 pandemic, all performances were pre-recorded without an audience. Here are [...] 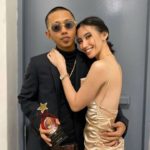 “Pastillas Girl” or Angelica Jane Yap in real-life spoke up and defended her boyfriend Ex-Battalion member Flow G over the plagiarism allegations on their song, “Deym” for copying the sound of a BTS song “Ddaeng”. Filipino rappers and Ex-Battalions members Skusta Clee and Flow G is now facing a plagiarism issue after they released a song for [...] 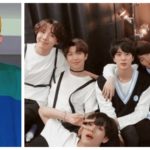 The viral alleged plagiarism of Rapper-singer Skusta Clee to the Korean group BTS track “Ddaeng” has become the talk of Twitter and other social media platforms after a netizens accuse him of plagiarizing the Kpop group song that was released in 2018. It was in September this year when the rapper released his track “Deym [...] 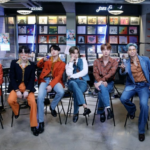 The Korean dramas and K-Pop are always trending in social networking sites such as Facebook & Twitter. Korean’s went viral in global entertainment scene with its influence reaching local and Hollywood artists. These celebrities told their fans that they are also one of the top fans of K-Pop and K-Dramas. *Emma Stone https://www.youtube.com/watch?v=ccHhj_E245s *Jaden Smith [...]