A big fish landed at the seashore of Purok Mahigugmaon, Florence Ville, Brgy. Pahanocoy Bacolod City. Residents of the place believed that the big fish landed on their seashore belongs to the family of a whale species. According to Kagawad Boyet Nessia the length of a whale is about 10 feet, and about 2 meters [...] 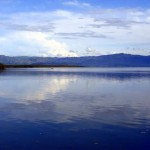 Bais City becomes globally well-known because of its different attracttours endowed by our mother nature. The attacttours like the Dolphin and Whale Watching in Tañon Strait, the magnificent place of Manjuyod White Sand Bar and the Bird Sanctuary and Mangrove Forest Park were the pride of Cebuano speaking people in Negros Oriental particularly in Dumaguete [...]