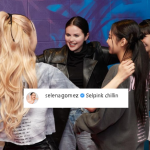 Where are the “Ice Cream” fans? Selena Gomez happily shared some adorable photos with Blackpink members Jisoo, Rosé, Lisa, and Jennie on Instagram on Sunday. “Selpink chillin,” she captioned the photo. As of this writing, the update had over two million views and 24,400 likes from fans who couldn’t stop themselves from fangirling over the … Read more 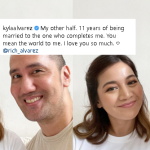 On her wedding anniversary with husband Rich Alvarez, Kyla is overjoyed. The singer took to Instagram to dedicate a message to her “other half,” sharing a photo of them in front of breathtaking scenery. “Eleven years of being married to the one who completes me. You mean the world to me. I love you so … Read more 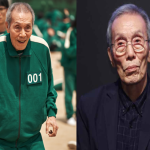 Actor Oh Young Soo (O Yeong-su) from the Squid Game was accused of [email protected] assaulting a lady in the middle of 2017 and was charged on November 24, 2022. The 78-year-old actor was charged by the Seongnam branch of the Suwon District Prosecutors Office “without detention.” In December 2021, the victim complained. The case was … Read more

The lineup on RM’s solo album is insane! The tracklist for “Indigo” has just been released, and it includes collaborations with Silk Sonic’s Anderson Paak, Epik High’s Tablo, and Erykah Badu. Colde, Paul Blanco, and Mahalia are among those who have contributed, as are Kim Saweol, Jo Yujin, and Park Jiyun. “Indigo” serves as the … Read more 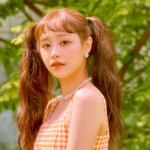 Chuu of Loona has been dropped from the K-pop girl group. According to Soompi, Loona’s agency, BlockBerryCreative, announced the news in a statement on Friday. The agency stated that they were informed of Chuu’s “violent language and misuse of power” toward employees and that an investigation revealed the truth. “We officially apologize to the staff … Read more 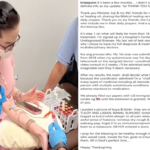 After several months of silence, Kris Aquino returned to Instagram on Thursday to provide an update on her health. The Queen of All Media thanked everyone who continues to pray for her recovery, particularly Minister Joji, her Iglesia Ni Cristo friends, and the Carmelite sisters in Quezon, and talked about the medical procedures she was going … Read more 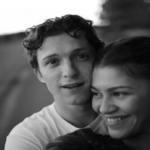 There are rumors that Holland and Zendaya want to be married. Hollywood’s “IT” pair has already been dating for nearly a year, and things are only growing more intimate between them. When they were chosen to play Spider-Man and MJ in the MCU, respectively, they first crossed paths in 2016. Though they didn’t begin dating … Read more 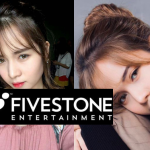 Kristel Fulgar, an actress and singer, has signed with a South Korean entertainment agency. Fulgar stated in her most recent vlog that she recently signed with Fivestones Entertainment in order to obtain a working visa in South Korea. “Kasi kapag kumuha ako ng student visa, they will require me two sems, six months ‘yun na … Read more 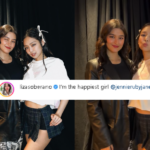 Liza Soberano quickly became a social media sensation after sharing a photo and a video of herself with Blackpink’s Jennie Kim. The Filipino-American actress posted the photo and video to her Instagram account. Liza and the K-pop star met at the Banc of California Stadium in Los Angeles during the girl group’s “Born Pink World … Read more 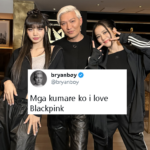 Bryanboy was Blinks’ envy when he attended Blackpink’s concert in Los Angeles! After the concert, the Filipino fashion blogger was able to take a photo with the K-pop idols. Bryanboy posted a photo on Twitter of himself posing with Lisa and Jisoo, all of whom were dressed in black OOTDs. “Mga kumare ko [I] love … Read more