Kapuso bride Heart Evangelista successfully tied the knot with Senator Chiz Escudero on Sunday, February 15, 2015 at Balesin Island in Quezon despite of controversial issues between her and her father Mr. Reynaldo Ongpauco.

The actress became emotional when her cousin Happy Ongpauco read a surprise letter coming from her father. Despite of the fact that her father was not around during her wedding with Senator Chiz Escudero, the message expressed by her father was full of love to his youngest daughter. But on the bottom part of the message became the talk of the netizen in social media in which Mr. Ongpauco was quite challenging the senator to love her daughter the way she deserves to be loved and be happy as one family because if that will be taking place, Mr. Ongpauco said, he will be knocking their door to express his love and sympathy.

Ongpauco is hoping that the tension aroused long time ago between them will someday will be resolved.

Read here below the letter of Heart’s father: 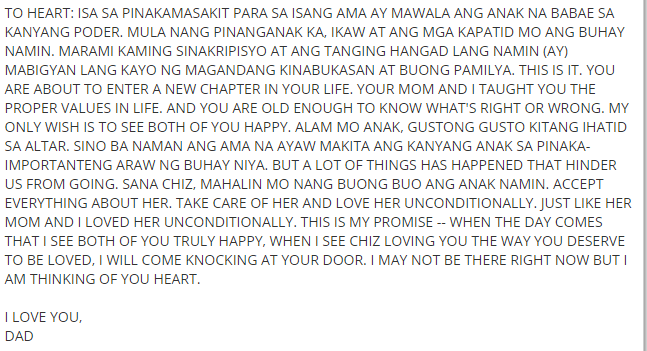 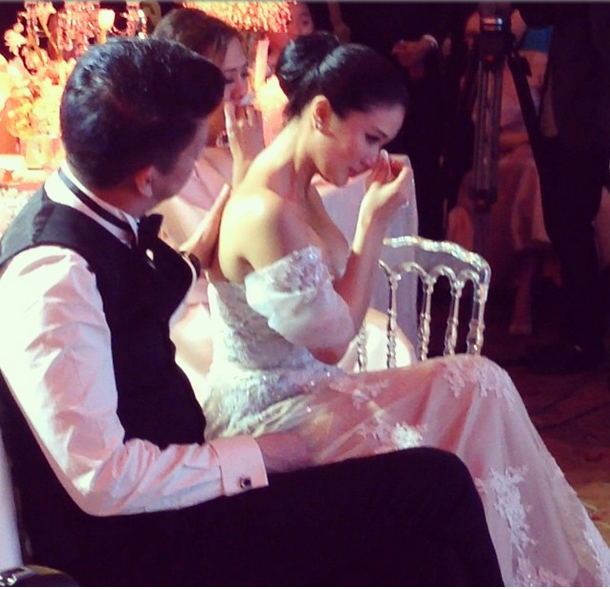