Cedric Lee is the third party behind the controversial issue of Vhong Navarro’s attack in Forbeswood Heights condominium unit at Fort Bonifacio, Taguig on Wednesday night January 22, 2014 which issue became the trending topic on social media and micro-blogging, Twitter.

The name “Cedric Lee” appeared in the incident report as the alleged responsible of attacking the comedian actor “It’s Showtime” co-host Vhong Navarro who is now in the hospital for recovery. 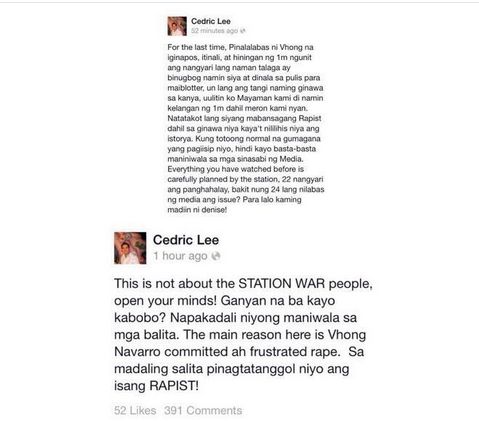 In the statement of Vhong Navarro during the exclusive interview with the “Buzz ng Bayan” hosted by Boy Abunda, the 37-year-old comedian actor told Boy Abunda that he was brutally attacked by the group of men which one of them is Cedric Lee who was also the responsible man of bringing him to the Southern Police District at Bonifacio Global City to file a blotter incident Wednesday evening in the BGC condominium in Fort Bonifacio, Taguig.

Vhong Navarro continue narrated to Boy Abunda that he was tied up and brutally bruised, threatened his life with his family and forced to admit the rape allegation to Denise Millet Cornejo.

On the other hand, Cedric Lee took his Facebook account and made the statement in response to Vhong Navarros statement during the exclusive interview with “Buzz ng Bayan.”

If you’re following the controversial issue of Vhong Navarro’s attack in BGC condominium Fort Bonifacio, Taguig on Wednesday night January 22, 2014, with the information we have provided from both sides, we encourage our readers to share your opinion about the incident. Feel free to write your comments on the space provided below. 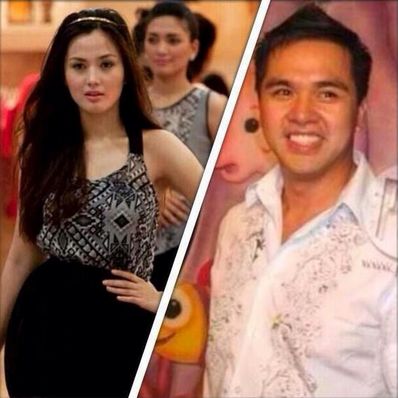