Viral now in social media is a certain road rage happened in Aklan and turns out to be a stabbing incident. Road rage usually occurs when a certain motorist cannot control his anger and end up in with a violent actions worst lead to a fight or henious crimes. In the video you can witness [...] 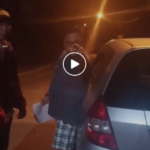 Another video captured by a netizen Richard Rosalina uploaded on Facebook featuring a man who drive through a gated subdivision but the security guard on duty hold him and charged of Fifty (50) pesos fine against him for no gate pass sticker of his car. According to the guard on duty, that is their policy [...] 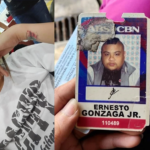 A lady motorist driver slammed Ernesto Gonzaga Jr. for not paying her hospital bill after crashing her in the highway resulting her injuries. Maine Clemente posted on her Facebook account criticizing Mr. Ernesto Gonzaga Jr. for leaving her alone to pay all the expenses she incurred during her hospitalization. According to Maine Clemente, Gonzaga, is [...] 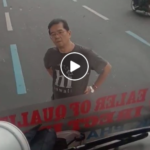 Another video footage of a road rage incident is taking place involving a car driver and a heavy truck driver is now making round in social media. A netizen identified as Lee Chavenia shared video on his Facebook account of a traffic altercation of two drivers. The said video garnered tens of thousands reaction from [...] 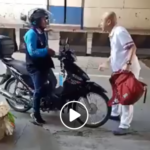 Furious passenger shouting and cursing Angkas Driver who comes late on their pickup area caught in camera viral now. In this video footage appeared the enraged commuter displays untoward behavior in dealing with his driver after arriving late at the pickup area. After this video uploaded on Facebook under the Facebook account of Jenylyn Hermosa, [...] 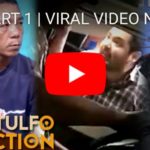 In the latest episode of Wanted Sa Radyo Raffy Tulfo In Action Mr. And Mrs Paredes goes to the program to ask assistance against a certain enrage Doctor named Tomas Joaquin Paredes who allegedly harassed them and even stone on their van. According to Mr. Paredes they are in the right lane and going to [...] 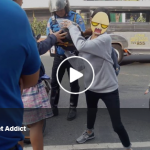 The video captured by the Metropolitan Manila Development Authority (MMDA) is making rounds on social media following after the incident taking place in Visayas Avenue in Manila where the driver of the motorcycle was caught by the MMDA due to non-wearing of helmet violation as compliance to all motorcycle riders to wear in the city [...]

Arrogant Woman Blocks Ambulance with Dying Patient Inside, Argues with the Driver 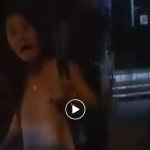 Discipline on the road promotes safer travel to bring you to your destination. This is the reason why that before one is granted with professional driver license one should undergo seminar and passes LTO examination to ensure that professional drivers know how to behave on the road to avoid any form of compromises. Basically, we [...]