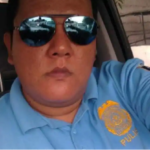 The Ex-Cop Nuezca was sentenced by the Paniqui Regional Trial Court Branch 106 to up to 40 years imprisonment and ordered to pay 952, 560 pesos for killing 52-year-old Sonya Gregorio and her son Frank Anthony Gregorio, 25, in Paniqui, Tarlac on Dec. 20, 2020. (Source CNN) Police Staff Sgt. Jonel Nuezca is “Guilty” for … Read more 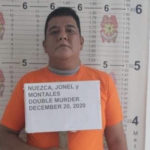 Jonel Nuezca’s service dismissal take effect as he was charged with two counts of Grave Misconduct and two counts of Conduct Unbecoming of a Police Officer. The police brutality that killed two Gregorios became viral back in December 2020. Netizens cursed at Jonel Nuezca and his “spoiled brat” daughter, according to the netizens who saw … Read more 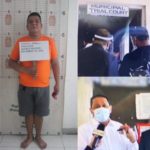 ‘NOT GUILTY’ is now viral on social networking sites such as Twitter and Facebook. “Not Guilty”, this is what criminal and murderer policeman Jonel Nuezca filed, after not appearing at the hearing. According to Gregorio’s family lawyer Atty. Freddie Villamor, they were in court for the hearing held at Branch 67 of Paniqui Tarlac, along … Read more 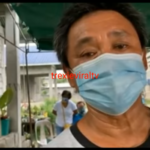 Jonel Nuezca was arrested for killing two unarmed persons namely Sonya and Frank Gregorio. He shot them in the head and his daughter, Eliza Nuezca was called out by netizens because of her bad attitude. Eliza received a lot of hate comments and death threats because of her behavior. Florentino Gregorio, the husband of Sonya … Read more 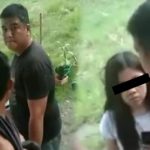 The 13-year-old daughter of P/SMSgt. Jonel Nuezca exhibited signs of trauma. She and her mother are undergoing assessment, DSWD spokesperson Irene Dumlao told One PH’s ‘Sa Totoo Lang. P/SMSgt. Jonel Nuezca daughter was shocked when his father killed Sonya & Frank Anthony Gregorio. According to the report of the Paniqui Municipal Police Station, a crime … Read more 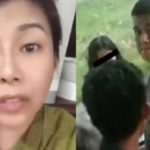 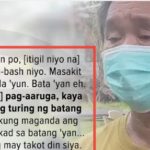 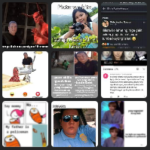 Recently, the incident of police brutality by Jonel Nuezca, who killed two unarmed citizens in Tarlac, caught the attention of many netizens. The traumatizing video led many people to hate what police officer Jonel Nuezca had done. Netizens began posting to spread awareness of police brutality and used the hashtag #StopTheKillingPH. Facebook is one of … Read more 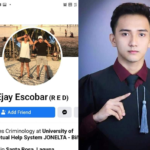 Two netizens were bashed and got a lot of hate because of their negative comments regarding the police brutality. Both of them made negative comments as if they are in favor of the suspect’s wrongdoings. Ejay Escobar was bashed because of his senseless perspective as he made fun of the lola’s situation, who was killed … Read more

Netizens claims that Police Senior Master Sergeant Jonel Nuezca said to Daughter “Mission Accomplished” after he killed Sonya Gregorio, 52, and son, Frank Anthony Gregorio, 25, both are victims who were shot to death. The shooting that was caught in the video is now viral on social media. According to the report of the Paniqui … Read more