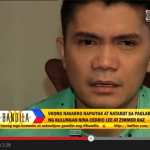 Comedian actor and Television host Vhong Navarro crying for fear of his safety and for his family after confirming that businessman Cedric Lee and Simeon Raz, Jr. were released from prisoned after posting bail on Tuesday, September 16, 2014 at the amount of P500,000 each. Navarro claimed he was victimized of illegal detention last January … Read more 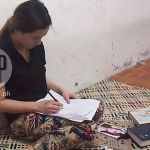 Model Deniece Cornejo is worried about bailing out because of insufficiency of funds. Even though she is relieved upon hearing the news of allowing her to bail out, the actress is still uneasy because she does not know where to get the that ample amount of money. It is remembered that Judge Esperaza Cortes of … Read more 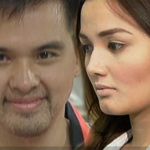 Model Deniece Cornejo, Businessman Cedric Lee and Simeon Raz, Jr. were now given the Regional Trial Court (RTC) to post bail in connection with the case of serious illegal detention filed against them by the comedian actor “It’s Showtime” co-host Vhong Navarro. The Department of Justice (DOJ) set the bail to the amount of P500,000 … Read more 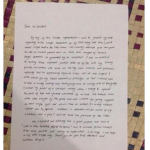 Tony Calvento posted the letter of detained model Deniece Milinette Cornejo to President Benigno Aquino. The journalist official account in Facebook posted the letter of Deniece’s letter to Pnoy that describe her explanation about her case facing illegal detention charge. Here is some message of Deneice Cornejo to the President Pnoy: “I’m still an innocent … Read more 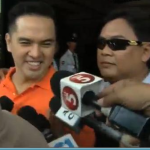 Actor/Host Vhong Navaro didn’t attended the mediation hearing held at the Taguig City Metropolitan Court while Cedric Lee’s group are present in the hearing. Navarro has a personal reason for not attending the hearing but he was represented by his legal counsel Atty. Alma Mallonga who said that mediation is “required and not a matter of … Read more

Deniece Cornejo finally break silence about the allege OB Gyn result that continues circulating on social media since it was first published by the FashionPULIS.com on the month of February 2014. The alleged photo of OB Gyn result described that the 22-year-old model/stylists Deniece Cornejo is having vaginosis bacterial and she underwent Pap smear at … Read more 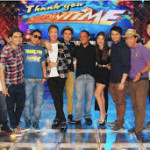 Vhong Navarro returns on Noon Time Show of ABS-CBN “Its Showtime” revealed by the mystery video. Everyone is very excited to see the comedian and host Vhong Navarro to make his fans laugh and happier. Vhong Navarro is still ongoing the case that he files between Cedric Lee and Deniece Cornejo in remembered happen in … Read more