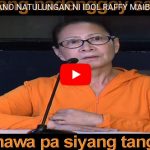 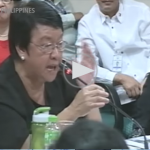 Senator Tito Sotto street statement during the hearing on Commission on Appointment last Wednesday, May 3, 2017 to Department of Social Welfare and Development (DSWD) Secretary-designate Judy Taguiwalo is still on fire on social media that becomes controversial since this week. https://www.youtube.com/watch?v=BZg-7–E824 Here is the video captured during the hearing, you can watch it here [...] 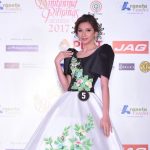 Binibining Pilipinas 2017 contestant No. 6 is Ma. Bejieleen Nama. She graduated at University of the East with the degree of Bachelor of Science in Psychology. Ma. Bejieleen Nama is currently working at one of the audit firm in Makati City as HR Supervisor while doing other job as co-host in a cockfighting program in [...] 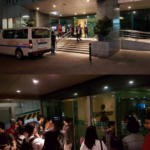 Just two days ago we heard about the RTU student who jumped off from the 5th floor of SM Megamall. Just now, a female accounting student jumped at the Bro. Andrew Gonzalez Hall from the 20th floor at De La Salle University. There were still no valid but the incident was seen to be an [...]

It is no way to deny that horror movies and films are already part of the Philippine culture. Very long time, people has been a fan of all these scary stories. People would usually gather in cemeteries and would share different stories with lots of experiences of creatures might be because of encounters with ghost, [...]

OFW, we named them as true hero. A true hero in the family, community and to our country. OFW life is indeed not easy. It comes with physical and mental skill that cannot be easy garnered. Homesickness, long tired day and constant ringing of phone calls for money to send. With all of this real [...] 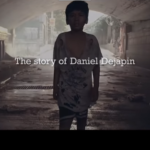 Early as 6 years old, Daniel Dejapin who happened to face life with so much difficulties did not have the time to think of playing or doing what a kid should be. Daniel was aware of the life he was living and even more aware of the sacrifices he need to do in order to [...] 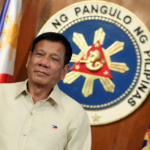 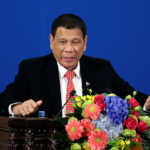 After Duterte announced the seperation of Philippines to the US, U.S. Defense Secretary Ash Carter said on Friday that they had to keep and had intended to to keep their commitments to the Philippines. When Duterte’s announcement hitted China, Carter had stated, “We have important alliance commitments which we intend to keep in the Philippines. He [...]

Officials in Manila stated that Typhoon Lawin named as Haima in international terms has once again brought a big devastation after three years. Typhoon Lawin had killed 12 people and damaged big areas and land fields of rice and corn fields. Now, it’s pathway is in Hong Kong. Till now, damage of Lawin is still [...]