On Twitter, the former Cavite congresswoman and wife of former senator Ramon Revilla Jr. first tweeted her condolences to the family of the widow of the dictator Ferdinand Marcos.

“Our condolences to the Marcos family. It was a pleasure and a privilege to work with Cong. Imelda Romualdez Marcos,” tweeted Revilla.

The said allegation alarmed the netizen to find out the source if the 87-year-old Cavite congresswoman Mrs. Imelda Marcos was really dead. Upon searching the web, most of the link point to the source that Bacoor city Mayor Lani Mercado Revilla was the first hand source who allegedly claimed that Mrs. Imelda Marcos was dead at the age of 87 without any explanation what cause of her death. 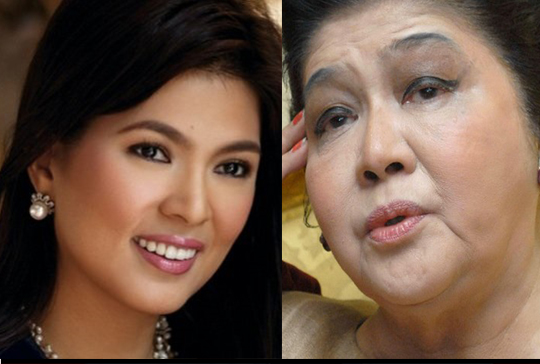 After receiving news break message, Revilla then tweeted asking for apologies explaining it was just a “mistaken tweet” from someone else who was illegally using her Twitter account, claiming it was hacked.

“I would like to apologize for my tweet which I have erased. I received a news break message informing the public about Mrs. Marcos,” Revilla said.

Aside from saying sorry to the Marcos family, Mayor Lani Mercado Revilla also send message to the Inquirer, explaining that her Twitter account was hacked. 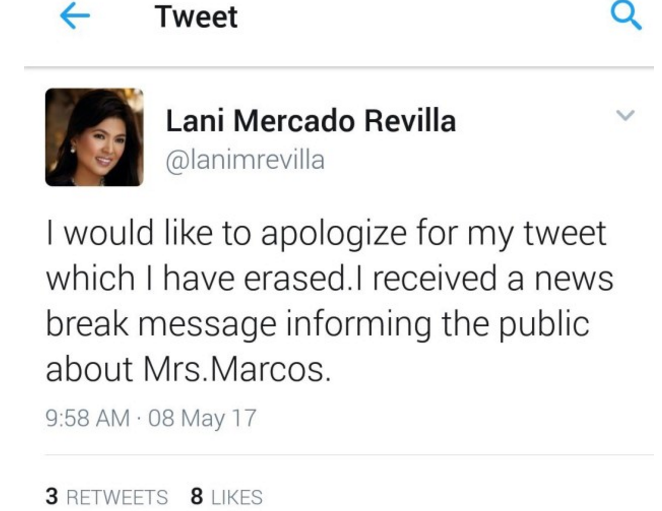 How about you, would you just believe that Mayor Lani Mercado Revilla’s Twitter account was hacked by someone else who is responsible of twitting the message concerning Mrs. Marcos death? You can share your opinion here below.