Top Trending topic online! Dona Aguire brings the crown on tears and gets a standing ovation from the Pilipinas Got Talent season 5 judges and viewers during the episode on Sunday, February 21, 2016. The 52-year-old woman won the hearts of the viewers and judges after she sang a hit song “If I Sing You a Love Song” by Bonnie Tyler’s.

She received 4 yeses from the judges. View below the judges comments; 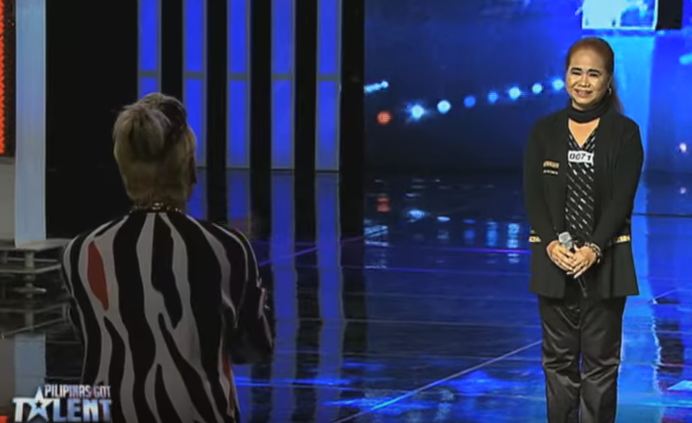 Watch! The video below of Dona Aguire’s rendition of the song “If I Sing You a Love Song” by Bonnie Tyler’s (video courtesy of ABS-CBN);

Pilipinas Got Talent- Season 5 was hosted by Luis Manzano and Billy Crawford. The four judges are Robin Padilla, Angel Locsin, Vice Ganda and Freddie M. Garcia. It is televise every Saturday after Home Sweetie Home, and Sunday after Wansapanataym on ABS-CBN.

Padilla was the first judge to use the golden buzzer, pressing it for acrobatic duo, Power Duo. Locsin was the next to press for flair bartending couple Liquid Concepts. Vice Ganda and Mr. Freddie M. Garcia are not yet using their Golden Buzzer.