The current Mayor of Quezon City Herbert Bautista apologizes to the Chinese National involving to the 10 bags of “Hybrid” Illegal Drugs (Shabu) found on his car yesterday. 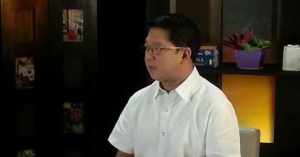 In a telephone interview with GMA-7 in Balitanghali, he said “ko talaga mag-apologize dahil hindi naman talaga ako ‘yan, that is not my character” for slapping two times the Chinese national. 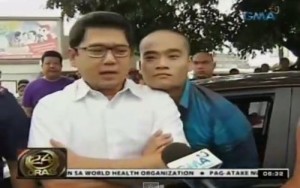 He also on fire when the CHR or Commission of Human Rights saw the video with the current mayor, the CHR chairperson Loretta Rosales’ statement “any maltreatment of… persons detained for investigation and of the convicted prisoners is an outright defiance to the Declaration of the State Policy under Article II, Section 11 of the Philippine Constitution.”

Based on His (suspect) Driver’s License, the name of Chinese national is Xu Zhen Zhi.

Mayor Bistek is supporting to back the Death Penalty in Philippines.

Other that, he also told the Quezon City PNP that don’t let the suspect out in the jail because the case of Chinese national suspect is “bailable offense”

Watch this video below for more story.