Must Watch: The Swimsuit Challenge Video for Miss Universe Philippines 2022 has been Released! 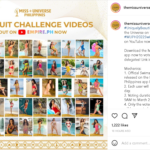 Miss Universe Philippines announced the swimsuit competition submissions for its 49 gorgeous finalists on Friday. It includes the contestants’ official pictures as well as a 20-second film in which they model bikinis of different cuts for the camera. For extra effect, the group also created a 13-minute compilation video that included all of the submissions. [...] 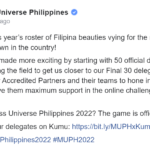 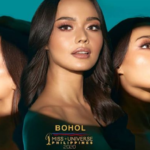 Pauline Amelinckx is from the city of Bohol in the Philippines. She is a former Mutya ng Pilipinas and Miss Bohol winner, this Filipina-Belgian looker is one of the prettiest faces in the competition. Pauline is well-experienced model and winning some titles such as Miss Bohol 2017 and Miss JCI Philippines 2017. She also performed well [...]