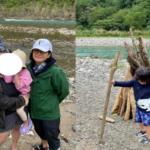 Actor John Lloyd Cruz was seen camping with artist and alleged lover Isabel Santos, together with Elias, his child with ex-wife Ellen Adarna. Isabel shared a series of videos on Instagram showing her, John Lloyd, and Elias going on a camping vacation. “Camping yarn,” Isabel captioned the photo, which was followed by a zombie emoji. … Read more 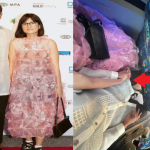 As a response to being seen together on the red carpet, John Lloyd Cruz and his rumored girlfriend, Isabel Santos, have generated viral attention. One of the most well-known, successful, and gifted performers in the Philippines is John Lloyd Cruz. With his previous partner Ellen Adarna, who is currently wed to actor Derek Ramsay, he … Read more 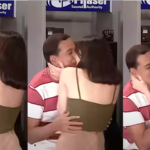 A netizen uploaded a video of John Lloyd Cruz and Arra San Agustin passionately kissing on October 25, 2022. Netizens were stunned, and some speculated that John Lloyd was feeling something while kissing Arra. In the video, John Lloyd tries three times to kiss Arra, but his coworkers keep bothering him. After his coworkers had … Read more 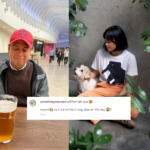 John Lloyd Cruz, was recently spotted in London with his girlfriend, Isabel Santos, to watch the 2022 Laver Cup. Isabel shared photos and video clips from their time in London on her Instagram account, @somethingstarwars. In one of her posts about their trip, she included a photo of the 39-year-old actor posing for the camera … Read more 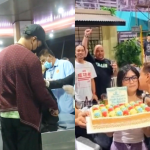 Here are a few photographs of John Lloyd Cruz, an A-list actor, who is celebrating his birthday. John Lloyd’s birthday is today, June 24, and a photo of Lloyd caressing the cheek of his supposed girlfriend has gone viral online. Ellen Adarna is a celebrity who dated A-list actor John Lloyd Cruz in the past, … Read more

The actor’s namesake, 19, was detained for taking ill*gal drugs. On Tuesday, July 26, the accused, John Lloyd Cruz y Dequino, was found in San Andres Bukid, Manila, in possession of ill*gal substances. According to philstar.com’s report, John Lloyd was taken into custody by the police at approximately 5 a.m. Shabu in the form of … Read more 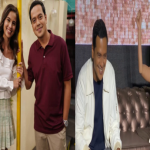 Jasmine Curtis-Smith, a Kapuso actress, is excited about her upcoming new movie, which stars John Lloyd Cruz. According to a report in GMA Entertainment, Jasmine is working with John Lloyd on one of her many ongoing film projects. The actress stated in a recent interview that collaborating with the former Kapamilya star was a positive experience. … Read more 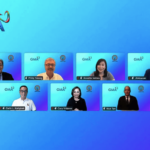 GMA 7 hailed its collaboration with ABS-CBN as “historic” after they signed a deal to be the first to screen Star Cinema films. The uncommon occurrence also suggests the possibility of a larger collaboration between the two networks. GMA 7 executives Gilberto Duavit Jr., Philip Yalung, Annette Gozon Valdes, and Joey Abacan were present for … Read more 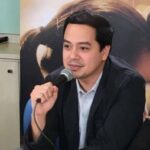 Since its premiere on GMA-7 before the end of 2021, John Lloyd Cruz’s sitcom Happy ToGetHer has been a ratings success. Lloydie confessed that GMA-7 had offered him two TV shows during Crown Artist Management’s first anniversary party on March 6, 2022, Sunday, at Studio 28, BGC, Taguig City. Lloydie stated that he is not … Read more 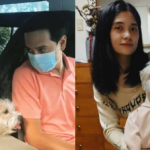