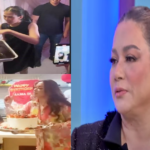 Dina Bonnevie, a veteran actress, apologized to actress-vlogger Alex Gonzaga after a video of her birthday celebration went viral. Ms. D made a comment to the waiters who were holding her cakes during her birthday party. “Cakes are to be eaten, not glued on other people’s faces,” Dina explained. Because of Alex’s viral video in … Read more 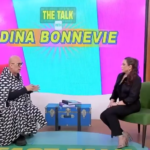 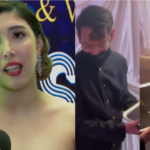 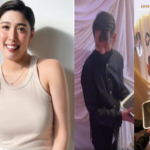 The famous vlogger who uploaded Alex Gonzaga’s viral video broke her silence. In the aforementioned viral video, the actress-TV personality was seen tapping the top of her birthday cake and smearing icing over the waiter who was carrying the cake. Alex Gonzaga apologized to the waiter, described as “Kuya Allan,” and her husband, Lipa Councilor … Read more 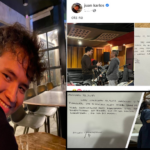 The waiter’s letter that was mentioned in the icing-smearing incident with actress-vlogger Alex Gonzaga was referenced in singer-songwriter JK Labajo’s announcement of his new album with a handwritten letter. Allan Crisotomo, the waiter, received an apology from Alex, and his handwritten letter was posted online. He stated how the actress- YouTuber visited him at work and … Read more 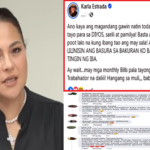 In the midst of the cake issues surrounding actress-vlogger Alex Gonzaga, Queen Mother Karla Estrada psted a statement about “magmalinis.” Alex faced criticism as a result of the icing-smearing incident at her 35th birthday party. For a few days now, this has been a hot subject on social media. Despite her previous apology to the waiter featured … Read more 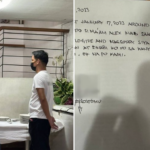 After being criticized, Alex Gonzaga talked to the waiter who smeared cake on his face. According to Allan Crisostomo, the actress apologized to him on January 17. The Gonzaga releases a statement they know the waiter because they often hire him for catering service. Read the handwriting message of waiter Allan Crisostomo, “Last January 17, … Read more 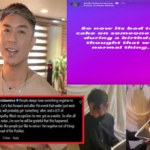 After a video of Alex Gonzaga putting cake icing on a waiter’s face went viral on social media, she received criticism. Despite the criticism, several people, including musician Kris Lawrence, have defended Alex. According to Kris, he thinks it is common to put cake on someone’s face during a birthday celebration and is surprised when … Read more 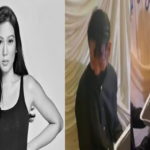 The Alex Gonzaga camp claims that the waiter and the Filipino actress “Kabiruan ni Mommy Pinty & Alex” are already close. Alex Gonzaga has recently made headlines in several social networking sites as well as local news sources. Following icing the waiter’s forehead with cake icing, the actress gains attention on social media. Because of … Read more 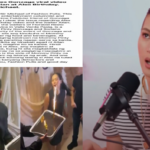 According to reports, the actress and TV personality apologized to the waiter, who she had smeared cake icing on for her birthday. After the release of a video filmed at her birthday salubong, actress, TV personality, and celebrity vlogger Alex Gonzaga became popular on a number of social media sites. Recently, the TV host and actress turned … Read more