Pope Francis Gives Message for Bongbong Marcos “In Assuring You…”  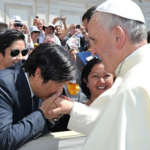 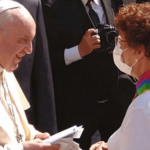 On Wednesday, Pope Francis stated that parents of LGBT children should not condemn them, but rather encourage them. He made unscripted statements to his weekly audience about the difficulties that parents sometimes experience when raising children. ” “parents who see different sexual orientations in their children and how to handle this, how to accompany their children, [...] 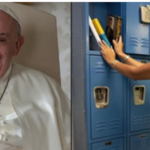 The pope’s official Instagram account @franciscus has Liked Model Natalia Garibotto’s Pic. Natalia Garibotto IG account noticed that the @franciscus account had liked a photo of her in a very brief schoolgirl outfit. The news went viral on social networking sites such as Twitter and Facebook. Who knows whether it was the Pontiff accidentally double-tapping [...] 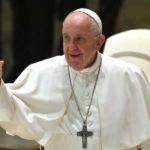 The Roman Catholic highest leader of faith, Pope Francis is considered the first pontiff to endorse and support same-sex couple and he desired to protect them by civil union laws. The pontiff suggested that the rights of the homosexuals should be protected by civil union laws. He said this statement on his own natural dialect [...] 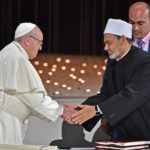 The long waited “One World Religion Agreement” has come to its fulfillment after the two giant religious leaders in the world signed the “Human Fraternity for World Peace and Living Together.” Roman Catholic leader Pope Francis and Islamic Grand Imam Leader of Egypt Al-Azhar who occupies the highest seat of learning in Sunni Islam came [...] 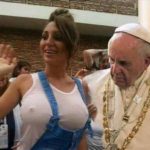 A social media post claimed that Pope Francis was caught in a camera looking earnestly at a woman’s chest. In the said report by Rappler website the alleged photo of the Pope staring at woman’s chest posted first and appeared at a certain Jenifer Rabanal on January 2, 2020 with the caption reads, “By looking [...] 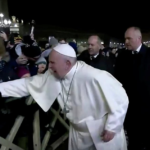 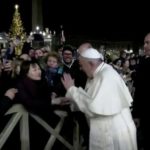 Pope Francis becomes enrage after a woman pulls his hand at St. Peters Square last Tuesday. As the Pope was walking to the Vatican City and express his greetings to Catholic devotees for celebrating holiday season. After passing through the crowd pope stop and touch a child and turned away from the pilgrims and a [...] 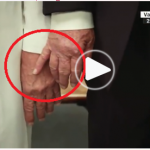 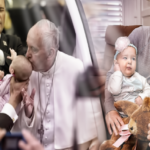 In Philadelphia, a family was rewarded a “miracle from the heavens” for the recovery of their sick baby daughter after she was kissed by Pope Francis. Gianna Masciantonio was diagnosed with juvenile xanthogranuloma – a tumor in her brain stem after 2 months after her birth. The Doctor said that the chance of survival was [...]