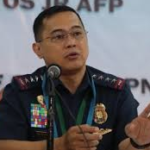 Philippine National Police (PNP) cases of coronavirus disease(COVID-19), rose at 77 infected cops, as three more police officers have tested positive for the coronavirus disease. Based on the report from dzMM on Wednesday, PNP Chief Gen. Archie Gamboa tells about the COVID-19 update in the PNP force he said, “As of last night, we now [...] 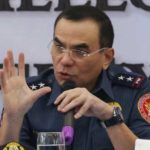 The police and military are prepared for the implementation of a martial law-like lockdown. In an interview, head of Joint Task Force (JTF) Covid Shield, Lt. General Guillermo Eleazar told reporter that they have observed people still violating the guidelines on the Enhanced Community Quarantine (ECQ) the reason that they are preparing some other contingencies [...]

One Police Officer Dies Due to COVID-19 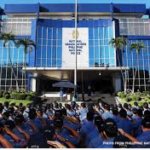 Novel coronavirus disease 2019 (COVID-19) is a pandemic disease that we are fighting now. Many lives are wasted because of this deadly disease. And last Thursday night, another life was claimed as one of the police officer died due to COVID-19, PNP Gen. Archie Gamboa said. On an interview on DzBB Gamboa said, “Last night, [...]

The number of personnel on the Philippine National Police (PNP) that are tested positive for coronavirus disease 2019 (COVID-19) has climbed to 10. Based on the data of the PNP, there were three new cases of COVID-19. They were a 55-year-old male and a 45-year-old male, they are both from Metro Manila. Also, a 42-year-old [...] 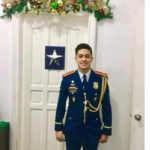 The Chief-of-police in Argao town in Cebu City was punished after found sleeping beside a female inmate inside his room in the police station, while another female inmate was sleeping inside his office. The police officer was identified as Maj. Ildefonso Miranda Jr. and was arrested by anti-scalawag operatives by a raid on Thursday. Based [...]

Philippine National Police Chief Archie Gamboa was rescued and brought to the hospital after a helicopter crash. It was an unexpected incident that involves Philippine National Police Chief Archie Francisco Gamboa who crossed the surface. Gamboa figured in a helicopter crash in Laguna. The 21st Chief of the PNP, Gamboa is one of the major security [...] 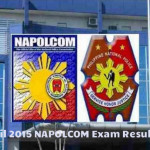