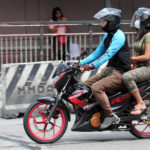 The government are now allowing couples to travel on the same motorcycle starting on Friday. They allowed backriding for couples as long as the rider and the passenger are using a protective shield in between. Interior and Local Government Secretary Eduardo Año said, “Simula bukas, papayagan na natin ‘yung backriding para sa mga couple at [...] 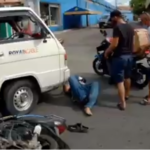 Actual video of vehicular crash between a motorcycle and L300 Van type vehicle near the check point mall in Calamba. A vehicular accident like this is not new, this is very common anywhere in the country. Most vehicles involved in the accident are motorcycle which is usually the victim of the incident just like this, [...]

The Department of the Interior and Local Government (DILG) comes up with the recommendation to install a side car on motorcycle so that their wives can ride with them. The recommendation was confirmed by DILG Secretary Eduardo Año for the good reason that this is in order to allow them to have their wives ride [...]

Viral Now: “One Hit Jackpot” Motorcycle Accidentally Hits A Bike With The Amount Of 400k Php 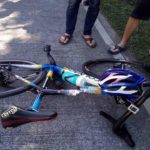 Viral now in social media, the road incident involving a motorcycle who accidentally hits a road bike and charged to pay 400k cash as per market value of the bike. In a certain post of a netizen, the motorcycle rider was busy doing banking tricks and other stuff to enhance his riding skills without thinking [...] 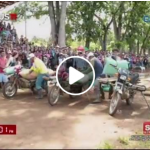 Motorized Katig Habal-habal racing in Quezon Bukidnon caught the attention of the online world following after this video uploaded by “Kapuso Mo Jessica Soho.” Marjun Elarco is the promoter of the “Motorized Katig Race.” According to him, this racing must be promoted so that Filipino will know that we have such talented fellow in the [...]

Must Watch! How This Vendor Operates His Improvised Blender Using Bicycle Wheel 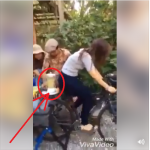 Blender is one of the most important tools in the kitchen. Most of our mothers depend on using it. When you need it, just simply plug to the outlet and make your favorite juices then. But what if you need blender in the places where there is no available power to plug in. Most of [...]

He Drove Them Out Because He Believes He Can Do It With His Own, Let’s See It! 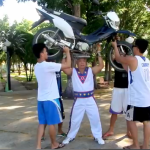 This man, Gerard Jessie of the Philippines is trying to prove himself that he can set record by his extra-ordinary strength balancing this Honda motorcycle on his head. He called his four friends to help him put this motorcycle on the top of his head and then let them go in a distance. When these [...] 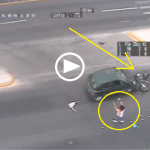 This short compilation video of about 4 minutes and 35 seconds will proved to you that God is still working today with His divine protection to be availed by everyone who put his/her trust in the name of the Lord. I believed this man is giving thanks to the Almighty God after he experienced this [...]