This clear picture of a Policeman that seems to be urinating against the flower box on the area of Pasay-Baclaran which is visible to everyone passing by the street went viral after posting on social media. 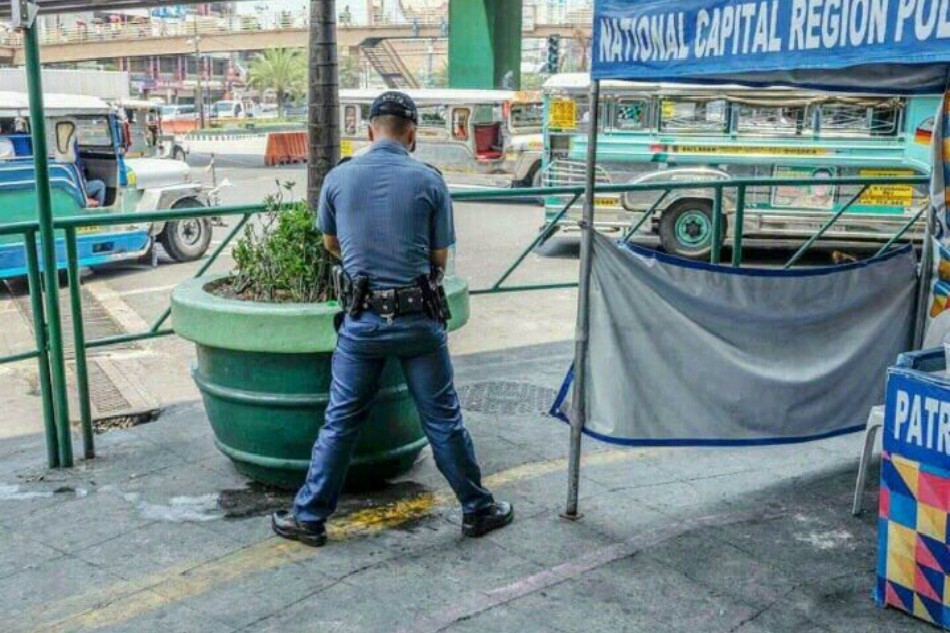 On the other hand, Southern Police District (SPD) Director Tomas Apolinario Jr. explained  that the said policeman is possibly washing his hands or maybe transferring water from one container to the other the reason that the alleged urinating policeman on the flower box is seen splitting his two legs in order not to get wet of his shoes.

You can shout out your comments on the box provided for you below this line and find out who among the policeman will react to this picture.