Bureau of Internal Revenue (BIR) named the Filipino boxing icon Manny Pacquiao as one of the top taxpayers of 2013. The said list is based on the tax payments computed from their regular income as of November 24, 2014.

Which literally means that every individual filed tax from January 2013 to November 2014 is the basis of computation. 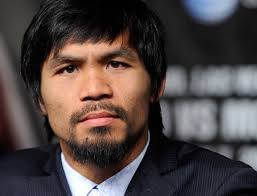 The 8 Division World Champ paid almost 163.84 million pesos from its total earnings since 2013 and still facing a tax evasion case filed by the Bureau amounting to 2.2 Billion pesos as per assessment released by the BIR.

The second place on the list goes to Juanito Pornuevo Alcantara which paid 99.61 million in income taxes but the nature of his business is yet to be revealed at the third place goes to the most prominent lawyer Atty. Estilito Mendoza wherein he pays an amount of P 73.18 million. Coming from the fourth place is Reynaldo Chico Jr. paid P 67.34 million and business tycoon and founder of Megaworld Corp. chairman and CEO Andrew Tan grab the fifth spot. Mr. Tan is also named as the fourth richest man in the Philippines.

No.8 was Mercury Drug President Vivian Que Azcona who earned the recognition as top individual taxpayer last 2012 on the following year she filed almost P 51.61 million.

As you can see on the list these are the personalities that almost earnings millions and the amount that their paying is considered to be a big amount, hopefully BIR could materialize tight control with their resources and taxes could to where should it belongs not on the pockets of every politician.