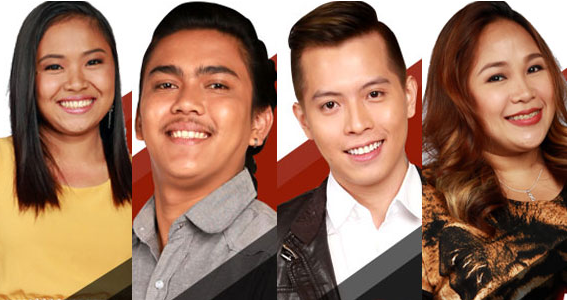 The 4 artist will proceed to the Finals after they garnered the highest average votes. Alisah Bonaobra got 50.07%, Jason Dy also got 60.1 %, followed by Rence Rapanot 56.21 % and the last is Leah Patricio garnered 50.29% of votes.

The Voice of the Philippines role on semi-finals was 2 cover rounds of the competition “Solo and Duet”. The coaches will give their points and also the Netizen or Viewers are giving their votes by texting after the commercial. 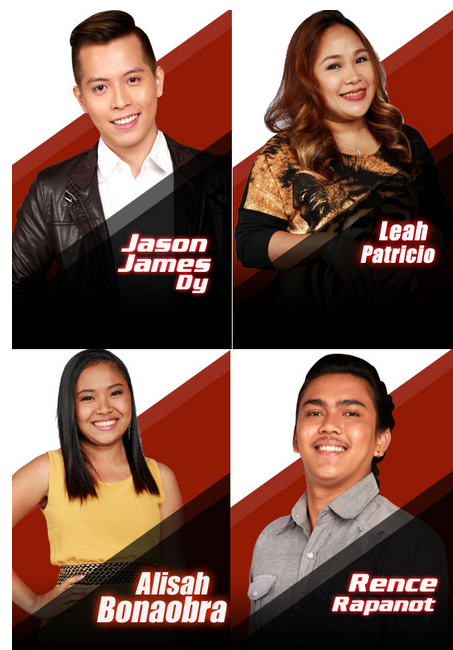 Four Coaches have decided to give ratio of 55-45 percent of votes for their two artists. Coach Apl.de.ap chose Alisah to give 55% while Daryl Received 45%; Coach Bamboo gave 55% for Rence while Rita received 45; Coach Sarah give 55% to Monique while Jason got 45 and the last for team Lea Salonga gave 55% to Leah and Timmy 45%.

The Voice of the Philippines is one the highest and topped in the social media “Twitter” for their #TheVoicePHSemis which dominates trending topics nationwide and worldwide.

You must watch the Grand Finals of “The Voice of the Philippines Grand Finale” on Saturday and announcing of winners on Sunday.