The team of “Its Showtime” co-hosts of Vhong Navarro offered recovery prayer early before the noontime show started today’s episode with Anne Curtis heartily lead the lead the prayer.

Recently the 37-year-old comedian actor was brutally attacked in a condominium of his friend in Fort Bonifacio, Taguig. 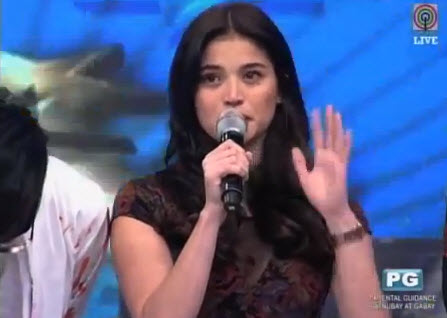 To sympathize to the actor sincerely as one of “Its Showtime” co-hosts who is currently admitted in the hospital due to a severely bruises and eye bags, the team headed by co-host Anne Curtis made a serious recovery prayer with tears.

“Vhong nandito kami para sa ‘yo, we’d like to take this moment to pray for you, “co-host Anne Curtis said on Saturday, January 25, 2014 before the Kapamilya noontime show  “’It’s Showtime” started.

Here is the Saturday video recovery prayer of the team “It’s Showtime” co-hosts for Vhong.