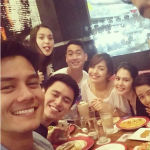 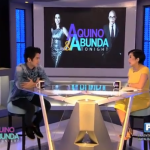 In Aquino & Abunda Tonight episode August 21, 2014, Evicted housemate Joshua Garcia admits his feelings to Jane Oineza but he won’t to pursue after the top trending and top rating reality TV show “PBB ALL IN” ends. The 16-year-old explain his decision on ‘Aquino & Abunda Tonight’ when interview by the “Queen of all … Read more 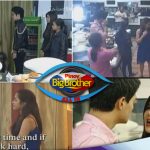 The top trending and top rating reality TV show in the country, PBB ALL IN release a short film “Endless”  directed by Cathy Garcia-Molina who directed Star Cinema films such as; blockbuster hit “She’s Dating the Gangsters and It Takes a Man and a Woman”, among others that trends in big screen. https://www.youtube.com/watch?v=opi9CzpQKP8 Last Saturday … Read more 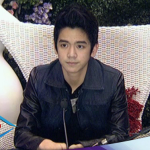 The top trending and top rating reality TV show here in the country, PBB ALL IN housemate Joshua Garcia was evicted on 12 eviction night lived on aired last Sunday August 17, 2014. He was the 14th housemates evicted from the famous yellow house. Last week, viewers were given a option to vote; Vote to Evict & Vote to Save. After the Votes were counted, Joshua got 34.57% votes to evict, while Jane Oineza 24.755% and Daniel Matsunaga got 9.82% votes. Joshua Garcia say thanks to Pinoy Big Brother before leaving the famous yellow house, “Maraming salamat po Kuya”. In the outside world, the parents of Joshua got emotional. However, Netizens who criticized Joshua was celebrating in micro-blogging networking site. The PBB ALL IN housemates remaining are; Daniel Matsunaga, Jane Oineza, Maris Racal, Vickie Rushton and Loisa Andalio. The last 5 housemates, who should get the votes to choose as Big Four on Sunday, July 24, 2014, held at Resort World Manila. https://www.youtube.com/watch?v=Ws8qoU5eOIQ 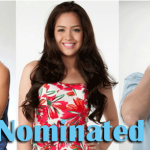 The top trending and top rating reality TV show in the country, “PBB ALL IN” announced that Jane Oineza, Joshua Garcia and Daniel Matsunaga are nominated for this week. The three (3) housemates are failed to save themselves through the contest that hosted by the celebrity guest Judy Ann Santos-Agoncillo. Pinoy Big Brother invited ‘Judy’ … Read more 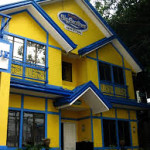 The World’s Famous House has housemates who lived here, but according to paranormal experts, there’s another housemates inside in the yellow house. Read More Here in ABS-CBN (PBB All-in) In PBB: All-in episode, the housemates noticed that they heard weird noises on Saturday. Some incidents that they noticed from Joshua Garcia “Noong Big Concert, noong … Read more 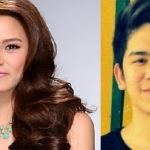 Actress Kim Chiu does not like Joshua to have a slot as Big 4 on PBB All In. She posted her opinion in twitter who she thinks is undeserving for PBB ALL IN “Big 4”. Kim Chiu tweeted, “Watched PBB! Haha # affected may isang guy super not deserving to be part ng big 4…as … Read more 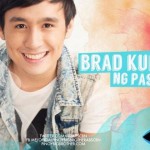 The “Brad Kulit” of Pasay, Fifth Pagotan was evicted from Pinoy Big Brother: All-in in 10th Eviction Night on Saturday. He is the 12th housemates eliminated from PBB House that got the lowest votes of 16.52%, while the other nominated housemates Jane Oineza, Joshua Garcia, Manolo Pedrosa got 42.11%, 23.80%, and 17.57%. The lesson he … Read more 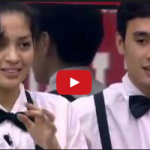 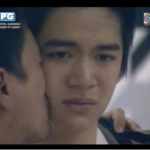 The most no. 1 topic in micro-blogging site and social media “#PBBTigilGalaw on Twitter. On episode last Wednesday June 18, 2014, father of Housemate Joshua visits in the PBB house to give him some advice and inspiration words. Joshua’s father can’t hold back the tears after seen his son more than 2 months. “Pumayat ka … Read more