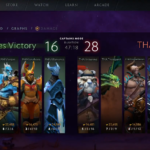 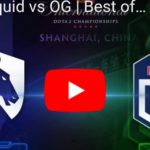 Ti9 now has come to its finals match. Two teams has proven their skills and strategy and now they will face at the finals match to grab the aegis of immortals OG players Ana Notail Topson Ceb Jerax Team Liquid- kuroky Miracle W33ha Mindcotrol and Gh https://m.youtube.com/watch?v=6Po3Rlt6slY See who will win? Will OG can defend [...] 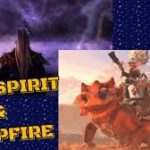 Ti9 Dota2 valve newly release its new heroes in the name of Snap fire and Void Spirit. First well talked about Snapfire, she is related to Timbersaw as her aunt. No one knows her ability yet but based on the trailer she could be a support type or a roaming hero. https://m.youtube.com/watch?v=DXBpMy9VgNU Snapfire Seconds lets [...] 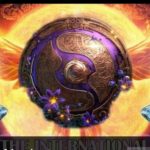 Ti9 shanghai. Teams are still fighting to grab the aegis of champions, but the question is if can still hold up until the end of the tournament Meanwhile tnc pred will face team liquid in a bo3 match. The winning team will still advance to the tournament while the losing team will be eliminated. https://youtu.be/jU-hJ8mLHeQ [...] 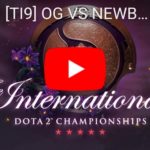 Ti9 Dota2 main stage day2 is now ongoing where team in upper and lower bracket will go toe to toe to stay alive in the biggest tournament in esports with a prize pool of 32million dollars. https://m.youtube.com/watch?v=BXPf-0EIzEs The first game of the upper bracket will the defending champions TI8 Champs OG vs former TI champion [...] 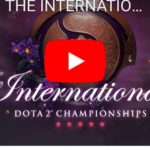 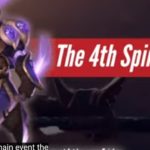 As Ti9 is now on the heat many players and dota2 fans around the world are now expecting some kind of surprise that can really hype them up. In some teaser there is a possiblity that valve will announce its new hero this upcoming main event in Ti9 held at China. https://m.youtube.com/watch?v=lWEyMDQQRIs This new hero [...] 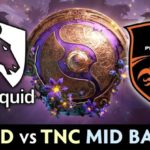 Ti9 is now on its day in the groupstage and the main stage is about to come this following week. For almos 3 days of the event tnc is performing well so far as they finish top 4 in group A, while team liquid is on the bottom 3. Can miracle and the new roster [...] 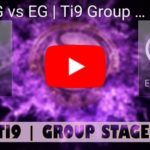 Witness this exciting match up where two of the most outstanding team is going head to toe to secure the upper bracket finish in the second day of groupstage EG VS OG https://m.youtube.com/watch?v=TtQtoeH-ivo For more exciting dota team please keep in touch with us always 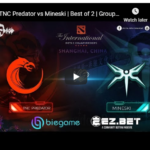 Watch here TNC predator vs Mineski.. Happening now is the official TI9 tournament where 18 teams will compete to be called The International 9 champions. Support your favorite team by watching here in this site now. https://www.youtube.com/watch?v=Sjoyi3pa8rI https://www.twitch.tv/mineskitv–Click also the link if there is a problem on the video uploaded above For more trending news [...]