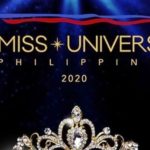 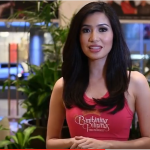 Binibining Pilipinas 2017 contestant No. 8 is a Filipino-Chinese, Leitz Camyll Ang, who have finished her baccalaureate degree from San Beda College Manila in the field of concentration under Accountancy program. Binibining Pilipinas 2017 contestant No. 8, Leitz Camyll Ang is a Certified Public Accountant (CPA) who is currently working as an Assurance Associate at [...] 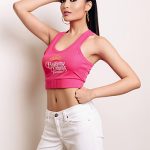 Arienne Louise Calingo is Bb. Pilipinas 2017 candidate who earned her degree at Georgetown University in Washington DC with honors. The 24-year-old from Angeles City, Pampanga is considered exceptionally linguistic talented person that she is able to speak different language such as: Arabic, Egyption, Spanish, Thai, English and of course, Filipino as her own dialect. [...] 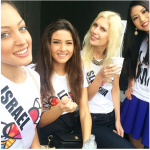 Recent “Selfie” photo taken during the pageant preparation in Miami featuring the Israeli beauty queen Doron Matalon and Miss Lebanon Saly Greige who appeared on the said photo smiling together caught the attention of the Lebanese netizen. The said “Selfie” photo of Miss Doron Matalon and Miss Saly Greige smiling together drew flack in Lebanon [...]