Newly weds Pau Soriano and Toni Gonzaga Soriano picks a place where to spend their honeymoon. After their wedding the couple where first seen on 46th Box Office Entertainment Awards wherein Toni receives a citation as the recipient of Guillermo Mendoza Entertainment Award on her movie “Starting over Again” with Piolo Pascual under Star Cinema. 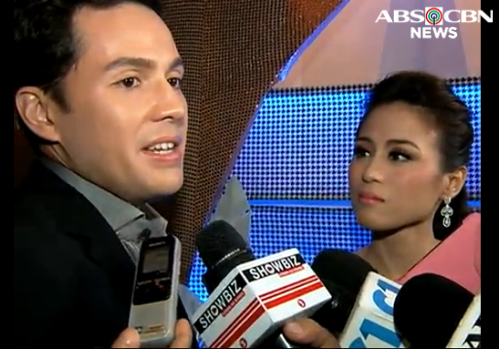 She was asked what does it feels to have a married life, she noted that she felt strange and becomes emotional because she was almost 31 years with her family but happy because she finally took another chapter of her life to be wife and soon to be mother.

According to Gonzaga, she and Soriano will be leaving for their honeymoon on Monday.

She expressed that one of their godmother of the wedding Kris Aquino really prepared a gift for them to enjoy a trip for two in Amanpulo away from Gonzaga’s parent. Aquino also noted that she is happy that the two will experience a trip only among themselves.

Meanwhile the two is asked if they want a baby soon, Gonzaga answered she is really glad to be a mother in GOD time

But on the other side Soriano wants a twin babies if possible.