Amid the teasing and giggling of It’s Showtime audience, Crawford told Coleen to answer the question but the 22 year-old say “Crawford should be the one to answer it”. 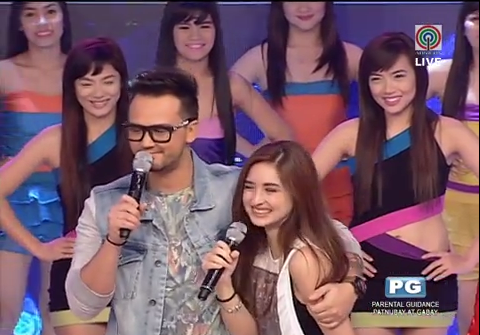 The @TeamBiCol on twitter got trending in micro-blogging networking site on July 24, 2014.