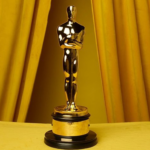 The Academy Awards, commonly known as the Oscars, are a set of awards given annually for excellence in the film industry. The nominations for the Oscars are announced in January and the awards ceremony is held in February or March. The categories for which films can be nominated include Best Picture, Best Director, Best Actor, … Read more