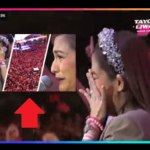 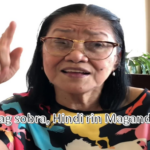 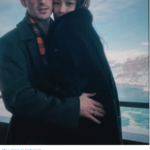 Marydale Entrata, also known as Maymay Entrata, is a Filipina actress, singer, television host, and model. She was born in Camiguin, Philippines, on May 6, 1997, and spent the majority of her childhood in Cagayan de Oro, Misamis Oriental. Maymay Entrata’s post about her “Valentino” has gone viral on social media. On Monday, the 24-year-old [...] 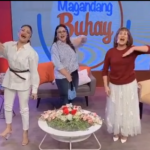 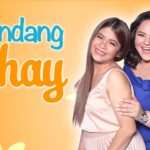 Filipino talk show Magandang Buhay with the hosts Karla Estrada, Melai Cantiveros, and Jolina Magdangal is reported to be ending soon. The network management have decided to cancel the show since according to Pep.ph, this has to do with the ABC-CBN franchise application problem. They have already cancelled the show’s taping on July 13. Magandang [...] 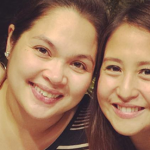 Jolina Magdangal don’t want to give any comment to Claudine Barretto when she was asked about her. She was also asked if she is ready to work with Claudine but she refuse to answer but instead said that she was happy for Claudine’s comeback and for the success of Etiquette for Mistresses. Instead of being [...]

Jolina Magdangal Undergone A Minor Operation- Know How It Happened 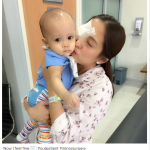 Kapuso turned Kapamilya actress Jolina Magdangal undergone a minor operation last Wednesday a day after taping in a Christmas special serye in ABS-CBN which features different Kapamilya artist every episode that showcase the spirit and values on celebrating the yuletide season. In Instagram the actress/singer posted a photo of her confined in St. Lukes Medical [...] 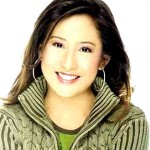 Former Kapuso actress Jolina Magdangal signed an official two years contract with ABS-CBN. After twelve years she finally decided to come back to Kapamilya network wherein she will be reunited with her former on-screen love team Marvin Agustin. She also cannot measure her excitement towards her homecoming in ABS and thankful that the network open [...] 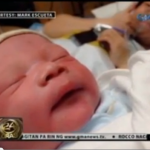 Jolina Magdangal gave birth to a cute and vigorous baby boy on Tuesday, February 18, 2014 via cesarean section at 2:51 p.m. at the Asian Hospital and Medical Center in Muntinlupa City. Jolina who was married to Rivermaya drummer Mark Escueta on November 21, 2011. She took her Instagram account a few hours before she [...]