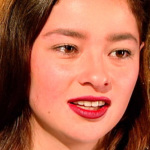 Kapamilya star Andi Eigenmann rush to the hospital after reportedly fell 15 feet off the ground on the set of her movie on Sunday, October 05, 2014. According to the official statement released by its president, Veronique Corpus of Viva Artists Agency, said the 24-year-old former ‘Dyesebel’ star was immediately brought to the hospital in … Read more